Call for papers: Blasphemy and Violence. Interdependencies since 1760

Blasphemy and Violence. Interdependencies since 1760 offers a much-needed analysis of a subject that historians have largely discarded, yet holds great relevance for contemporary society. Drawing on a variety of chronological and geographical contexts, both conference and volume probe the phenomenon of blasphemy and its potential link to violence from three angles. Firstly, they investigate acts of blasphemy that lead to forms of violence, e.g. when believers physically attack (alleged) blasphemers. Secondly, they examine situations of general societal upheaval in which offences against the sacred are one aspect of a much broader culture of violence. Thirdly, they analyse situations in which believers both internalise and actively describe the hurt stemming from the impact of blasphemy as a species of experiencing violence.

In terms of geography, the focus is on the ‘extended’ European world. This includes the Russian and Ottoman Empires, but also non-European countries, where the legal systems display explicit European influences (as in the case of e.g. the USA and Australia, where blasphemy legislation has strong links with English precedents). This expanded geographical approach should facilitate comparison between societies with a different religious-political framework as well as between various legal conceptions of blasphemy. The chronological scope commences in 1760, which coincides with a shift in the (legal) appreciation of blasphemy; from then onwards, blasphemy was progressively tackled as an illness or aberration that needed treatment rather than an evil that required punishment. This date is also convenient for a range of theoretical perspectives that address the question of ‘modernisation’ in the historiographies of law, religion, crime and punishment, as well as psychiatry (e.g. Michel Foucault’s arrival of the specialist, Norbert Elias’ civilising process).

Rather than separating the legal history of blasphemy from a socio-cultural analysis of individual case-studies, contributors are specifically invited to draw together both aspects. Thus, each paper / chapter will focus on a specific incident of blasphemy – a landmark case or a series of little-known micro studies –, examine its relationship with violence and briefly discuss the legal background and context surrounding each incident. For this, it can concentrate on any of the following interdependences of blasphemy and violence: (i) blasphemy leading to violence, (ii) violence producing blasphemy, or (iii) blasphemy as a form of violence. Suggested areas of interest, by no means exhaustive and partly overlapping, include:

Both established and more junior scholars are encouraged to apply. The conference will function as a space in which to develop similarities and overlaps between the papers. 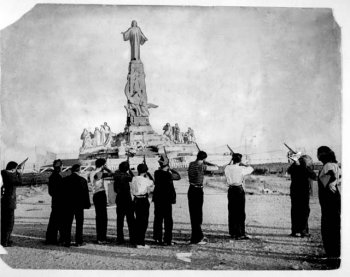